All photos by Leanne Benson 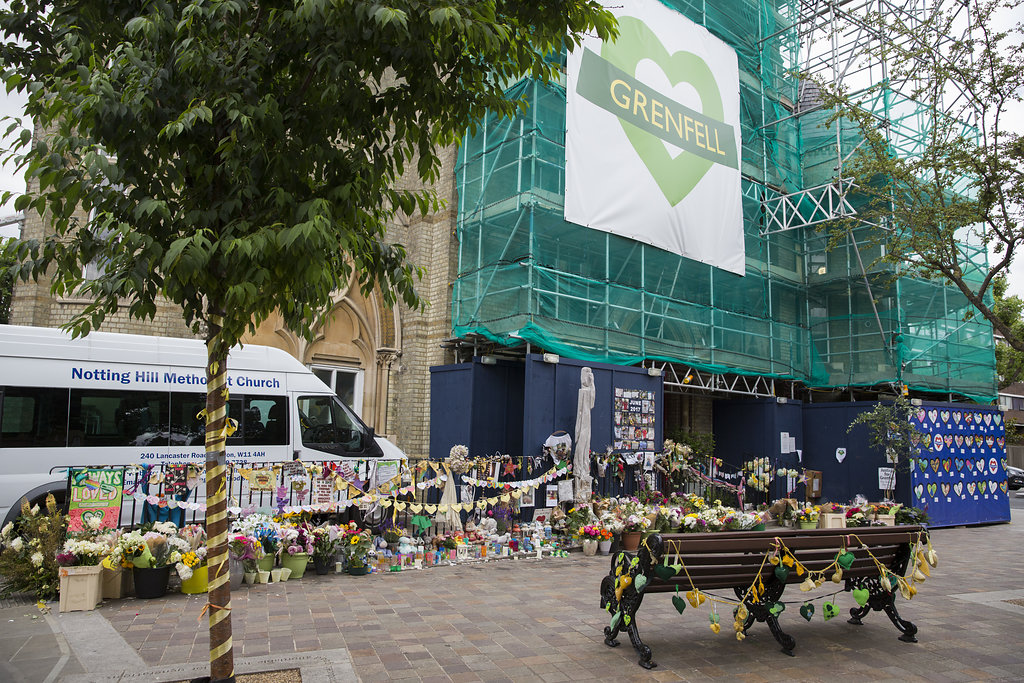 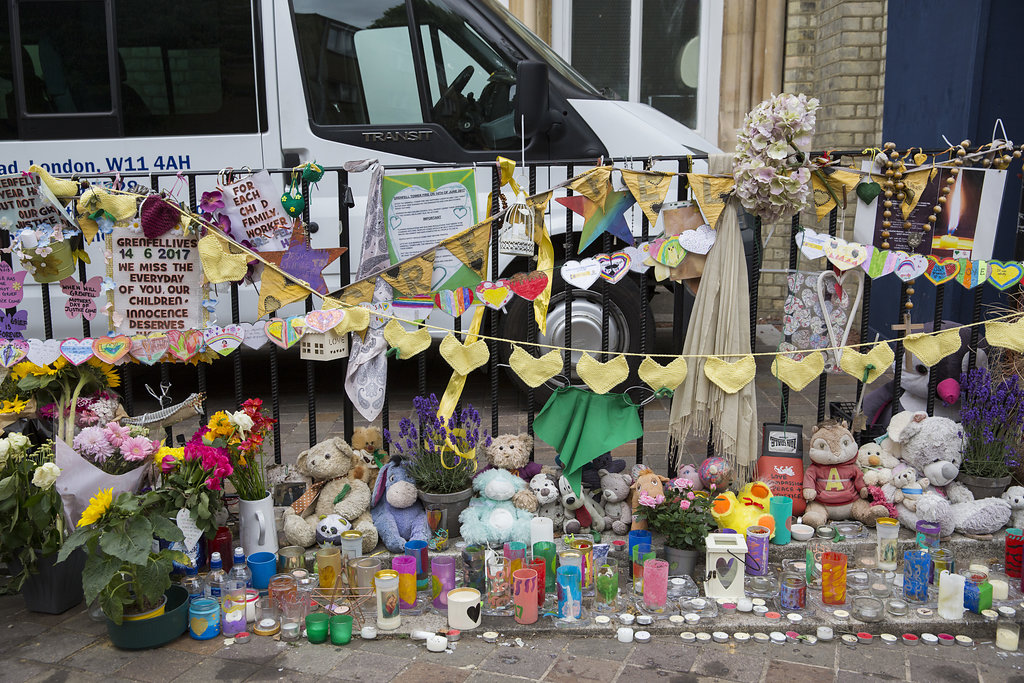 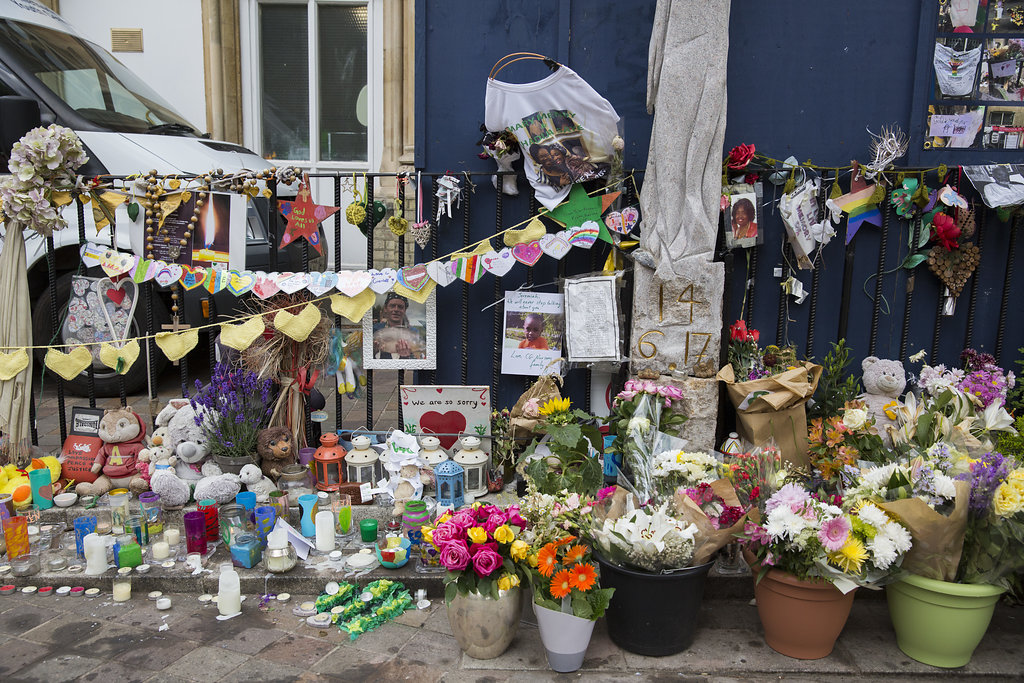 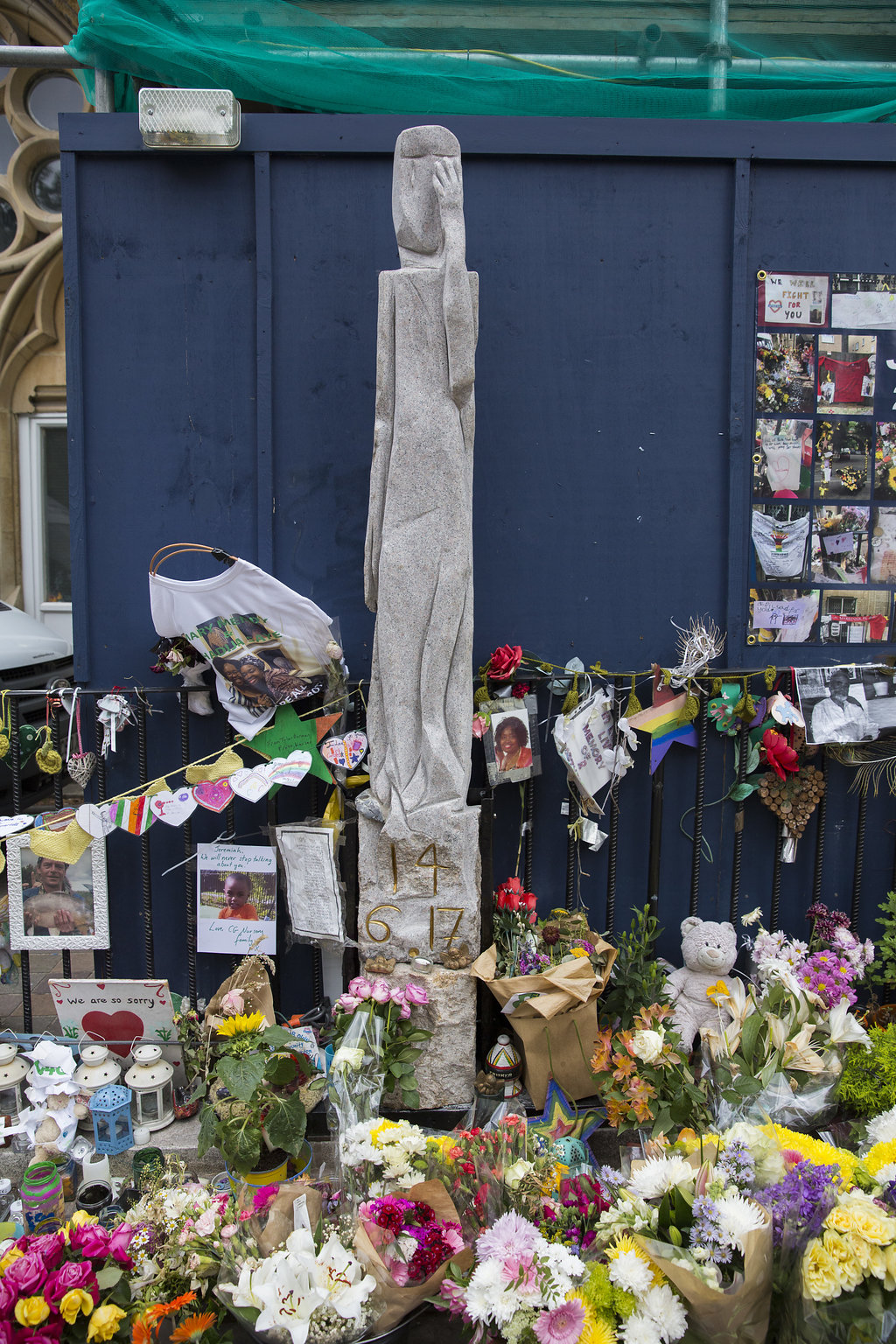 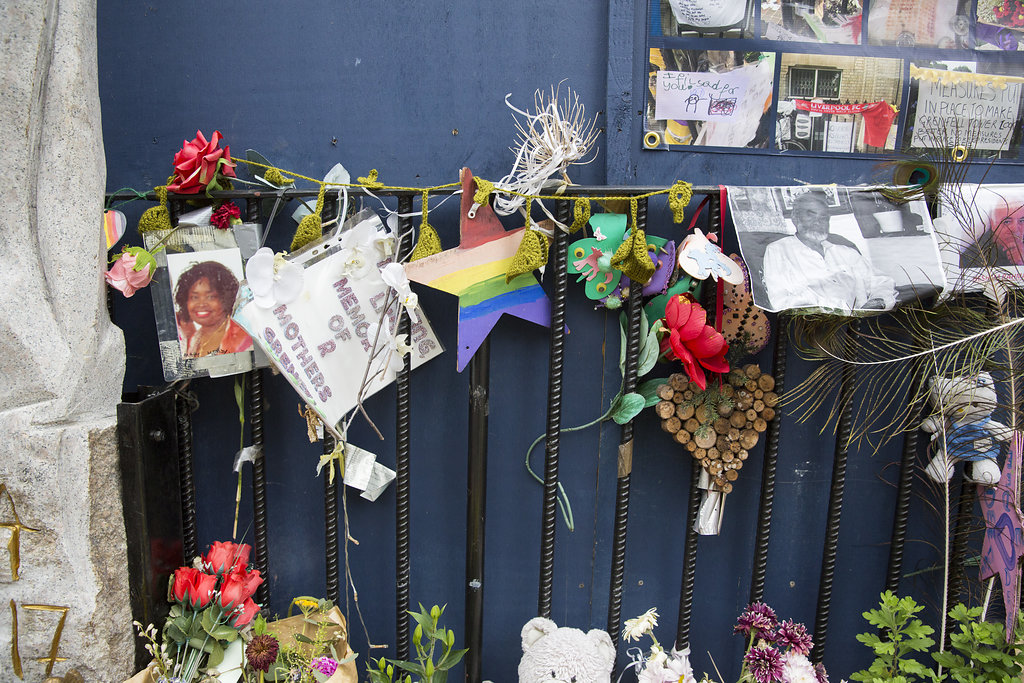 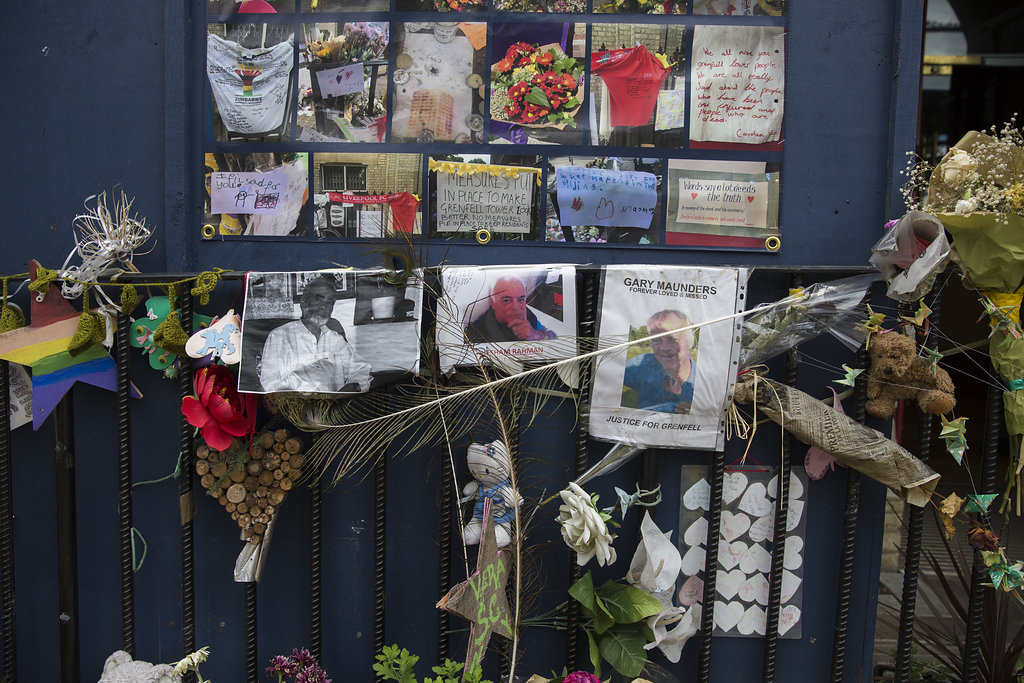 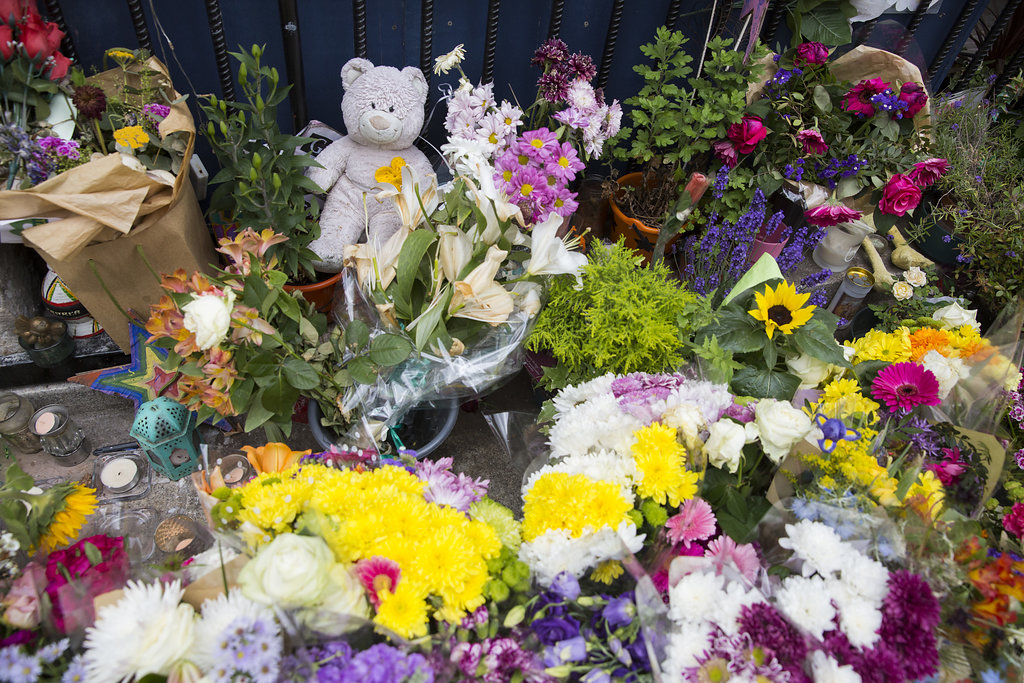 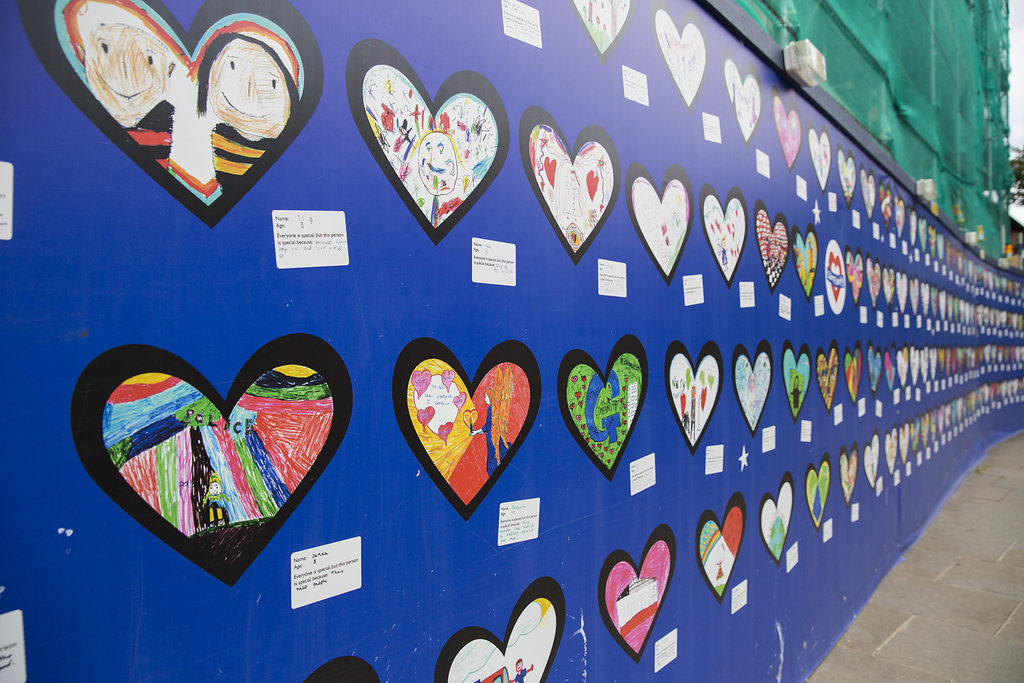 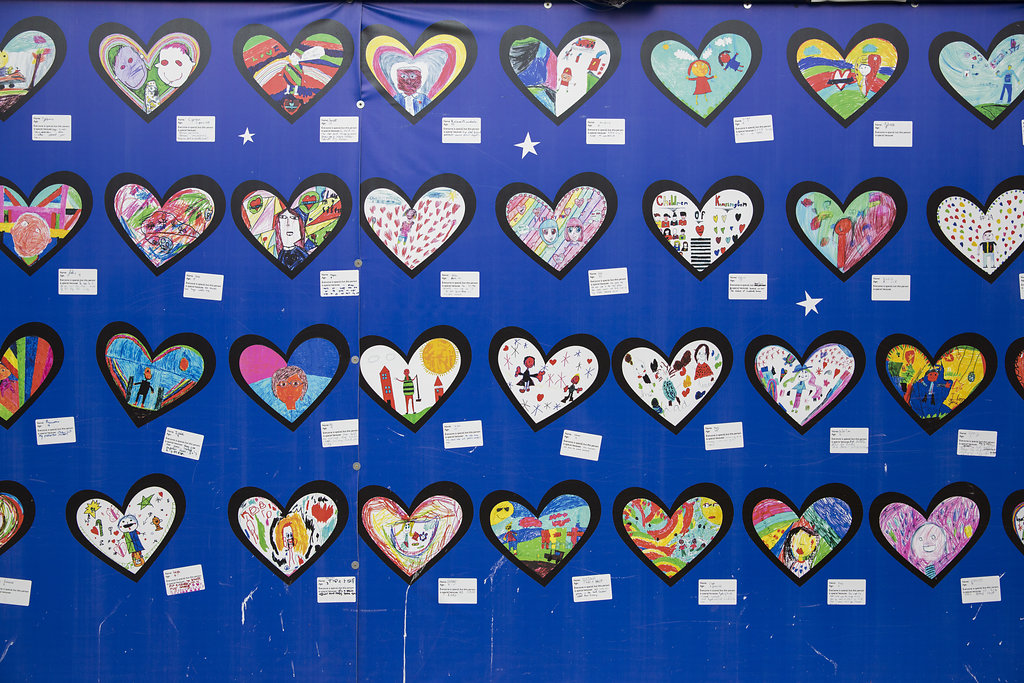 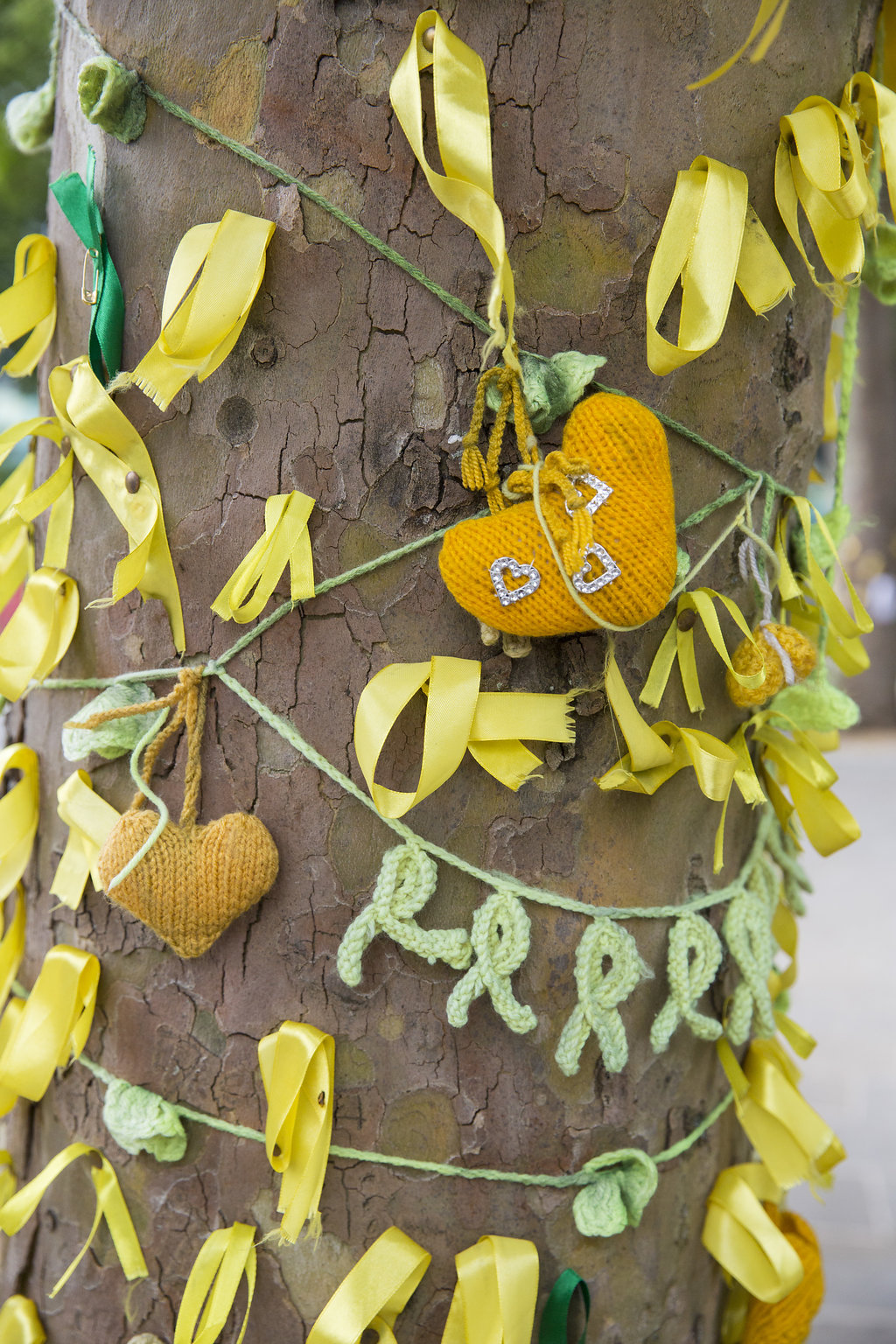 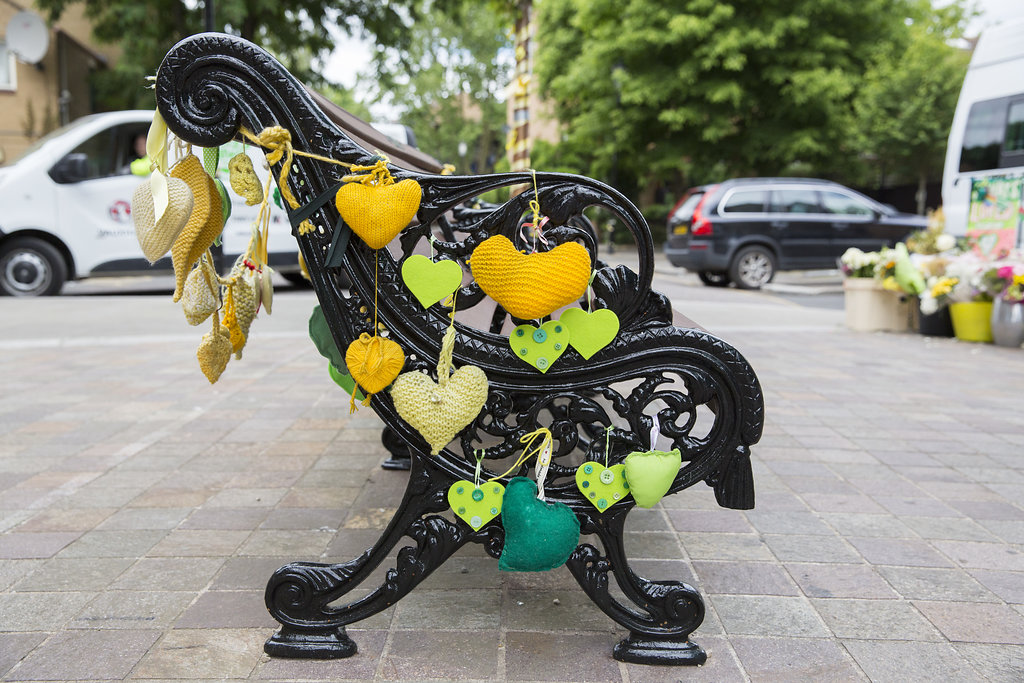 High on a pillar propping up the Westway on Bramley Road, someone has written right across one side ‘Blessed are those who mourn, for they shall be comforted’. Sometimes the most familiar of bible verses take on new meaning, or they leap out and grab you. So too with this.

I grew up on the outskirts of Liverpool on a new estate before a church was built: so my earliest memories of church are meeting in hired rooms, canteen etc. I am the only person I know to have been baptised in a football club’s changing rooms! The new church was opened when I was about five or six, and only a couple of years later it was almost completely destroyed by fire. Only one room was safe to use while new plans were made and before the demolition and rebuilding took place. For years the church met in one small room amid the pungent smell of burning. Whenever I smell charcoal I am taken back to that small church years ago. But it also reminds me that a disaster may define a community but it will not dominate it; that support, resilience, and strength can be found. And we’ve seen that here in abundance, every day since last June.

Jesus spoke to a fragile, broken community. He didn’t say that they were blessed individuals, or saintly persons, he said blessed are you – plural – a community. Blessed are you when people revile you and say all kinds of things about you. Or perhaps to put it in the words of the song from my home city, but which is made true here every day: ‘You’ll never walk alone’.

We are a community that it still in mourning: for 72 precious lives lost – we name each one – but for those injured and traumatised, and those who lost homes and everything they had in the fire, and for a community which as a whole has been devastated. We mourn the loss of so much. But we also yearn in our mourning for things to be better, more bearable, more just. We need to see ourselves not so much as those to whom things happen, things are done to, but a people who together can help to shape our future.

Those who escaped the Grenfell Tower are called survivors. Maybe to a lesser extent many of you as you look back over the past year may consider yourselves to be survivors too. And that’s a powerful word: not victims, but people with power to shape their own destiny: it suggests a resourcefulness, that the future is open.

At this anniversary it is of course hard to look forward, because so much is still in upheaval: many families are still waiting to be rehoused, the Tower is still visible though wrapped, and so many people remain profoundly scarred. Yet we also need to believe in the possibility of change. I am not an optimist, and I never want to downplay the sense of hurt and pain by suggesting there is a brighter future around the corner. Yet I do believe in the possibility of hope and that can be a terrible burden: to hope and not to give in to the cynicism that nothing can ever change, or that politics will always fail us, or that people will always let you down. The hope I cling to denies none of the pain or the difficulties ahead, but it is that somehow God will enable a new community to emerge here – not only stronger but a different kind of community – which is listened to by those in power and in turn engages in determining its own future, our own future. A hope is that the future of this area is not in the hands of ‘them’ – whoever that is – but in the hands of all of us. and that will result in justice and security for everyone.

Our community has been shattered by what happened a year ago. But Jesus comes alongside us in our pain. He chooses to speak to those whose lives have been made fragile and know their need of God. And when in this service we take bread and wine, we are reminded of his giving of himself – of the way God comes close to us.

We trust in a God who embraces our brokenness because God understands it and has been there, who in Jesus was misrepresented, dismissed and failed by a system that purported to have high ideals about how power and care should be exercised.

Those who mourn are those who bear sorrow, because in our holding that pain we cherish the dead and the intrinsic value of every human being. And the God who comes alongside us promises that we shall be comforted. Not that the clock can be turned back, or everything made instantly good, but that even now we might find some strength, comfort and healing.

Those who know me well may be more than a little surprised to know that- on very rare occasions – I use poetry in devotions. Many years ago I was introduced me to the work of a Nigerian novelist and poet, Ben Okri. In his African Elegy he tried to make sense of suffering, not to find answers, but ways of coping. His words have long lived with me:

We are the miracles that God made

To taste the bitter fruit of Time.

And one day our suffering

Will turn into the wonders of the earth.

…and here, in our community, we have already glimpsed some of those ‘wonders’ in our support for each other, our determination to achieve justice, our refusal to be defeated.

Or perhaps to put it another way:

Blessed are we then, when we believe in love over hatred, in community over division, in compassion over neglect, in hope over despair, in life over death.

Perhaps we should go to the Westway and change the graffiti until instead it reads, proudly and defiantly:

‘Blessed are we who mourn, for we shall be comforted.’